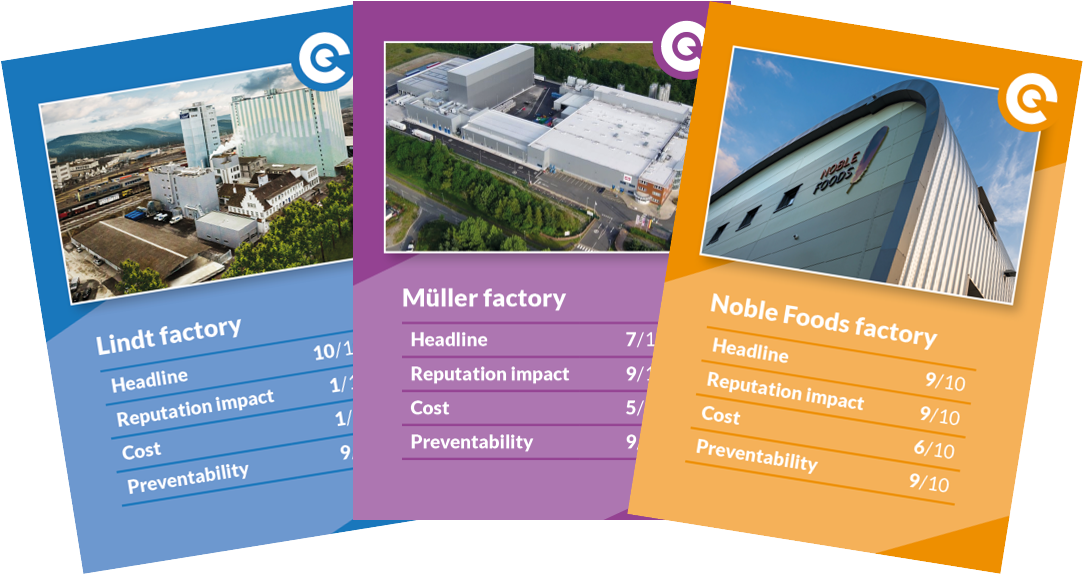 As we approach the end of the year, we’re taking a look at some of 2020’s factory failures within the FMCG sector, and ranking each one on its news, reputation and cost impact. As well as how preventable it may have been. Which ranking will you choose to compare?

In August, the town of Olten was showered in chocolate snow. A ventilation fault led to chocolate nibs being swept up through the chimney, scattering the surrounding area. No one seemed to mind, and the snowfall was entirely harmless, but what was the cost to Lindt? Fortunately, the factory was able to continue as normal and the offending ventilation system was quickly fixed.

Vibration and air flow sensors are common ventilation system condition monitoring kits. A preventative maintenance environment would typically see a prescribed, scheduled set of maintenance tasks keeping things moving in the hope that they have the right problem areas covered at the right time. On the other hand, using a predictive maintenance approach that monitors real-time data and uses machine learning, historical data and manufacturer information can detect unusual behavior and predict problems before they present issues.

In February, Müller recalled a number of yoghurt lines due to a risk of contamination. Staff identified a misaligned roller, used to support belts transporting  fruit, resulting in the risk of small pieces of metal contaminating yoghurts. No metal was found but a precautionary product recall took place.

The moving parts of a production line are subject to heat, pressure, and vibration, and all of these things can – and often are – measured by sensors. Of course, a misaligned roller could have been fitted correctly and checked, but with ongoing sensor data, the difference in performance would have alerted the production team to an issue almost immediately, allowing it to be rectified before products were shipped.

In January, Noble Foods was fined after around 26,000 liters of untreated wastewater leaked from its chicken processing factory into a nearby stream. It originated from the company’s treatment plant, where workers tried to stop the leak by blocking a drain, but instead this resulted in the wastewater backing up and reaching the stream.

A series of faults were identified in the treatment plant, leading to the leak. A vibration sensor here may have assisted in detecting any changes and in turn provided  an early warning  of something going wrong before it did. does. Rather than manual checks, ongoing monitoring and data processing is crucial in effectively managing this type of critical equipment; no one wants toxic waste leaking into the environment.

So, which ranking did you choose to play with? The headlines may spark varying levels of interest, the reputation scores high and low, but the preventability scores across the board are all high. It’s not the arrival of a single Industry 4.0-related innovation that’s removed the traditional barriers to predictive maintenance. It is a combination of a number of smart technologies. This has spurred significant improvements in sensor, network, data acquisition, and storage technologies.

This unprecedented disruption is further augmented by the recent progress in Artificial Intelligence (AI) made possible by exponential increases in computing power and access to a previously unimaginable wealth of data. The result is that advances in predictive maintenance are increasingly being applied to wider industry, not just solely to highly critical assets in industries such as Aerospace and Oil & Gas. Moving to a predictive maintenance approach is now easier and more cost-effective than ever, with the advent of Industry 4.0 is easier and cheaper than ever, with low-cost sensors available to retrofit to existing machinery and cost-effective, cloud-based predictive maintenance solutions for fast, scalable results. Mass failures do not need to happen.

Senseye now independently guarantees a reduction in machine downtime for industrial and manufacturing companies. ROI Lock is supported by a Tier One reinsurance partner with AA- rating, guaranteeing that your predictive maintenance rollout has a predictable, 100% minimum Return on Investment. 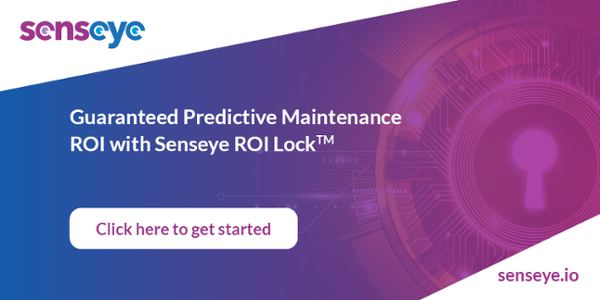