For the second part of our AWS series, we explore Amazon’s shift into the predictive maintenance market. Amazon recently announced how seriously it is taking this space in a further move that signals a real validation of the maturity of the methodologies and technologies supporting predictive maintenance.

I’d describe it as an AmazonBasics version of Senseye – and that’s not necessarily a bad thing. While there are some marked differences in the diversity of assets covered, its very existence is evidence that the predictive maintenance market has now reached another level of maturity. Indeed, it can only be good for the sector that a company the size of Amazon is investing in and, by making its solution generally available, helping to make the technology ubiquitous. We’ve moved beyond needing to prove the concept of predictive maintenance.

It’s hardly surprising that a lot of buzz is generating about their announcement. When Amazon moves into a market, it piques people’s interest – understandable given that the company’s generally hugely successful at whatever it turns its hand to.

A step in the right direction

Amazon Lookout for Equipment is designed for maintainers, not data scientists, and it comes from a place of knowledge. Incorporating expertise and insight gleaned from maintaining its own assets, Amazon aims to make it as easy as possible for users to get started and begin seeing value, addressing potential issues around usability and configurability.

In terms of technical abilities, it currently only covers simple assets like motors, conveyors, and servos – essentially, the kind of assets Amazon itself uses. It doesn’t yet monitor more sophisticated assets like robots or CNC machinery, although, in time, I do not doubt that these, too, will also be covered. As it stands, though, it will be competent for a lot of standard factory equipment.

And while Amazon doesn’t have people on the ground to help those customers unable to get data from their machines, it does have Monitron, its complementary offering which uses machine learning to detect abnormal behavior in industrial machinery.

It’s clear that, with this product, Amazon is going for a self-service approach to predictive maintenance. The market is still catching up to this concept, but it’s a step in the right direction that will only help. Organizations are increasingly taking greater ownership of their own data journey rather than simply allowing people to siphon their data away. A growing number of our own customers have their own data lakes – they collect the data themselves and enable access to third parties, of which Amazon will be one.

Predictive Maintenance is no longer a concept - Amazon will have carried out extensive research before launching as they have into this area. It has seen the direction the market is taking and will serve as an enabler to its customers and the wider industrial market as it continues to evolve.

It’s probably not unfair to suggest a certain degree of self-interest in this move into predictive maintenance. Suppose you think of it as a logistics business. In that case, Amazon itself has a tremendous number of warehousing assets such as conveyors, motors, drives, and servos that all need monitoring - requirements that, until recently, were addressed by several different dedicated providers.

Amazon understands the significance of predictive maintenance, too. It knows, for example, that predictive maintenance is the number-one use case for implementing Industry 4.0 technologies and represents the best way of quickly proving the value of an organization’s instruments and machines.

Amazon has been trying to get into industrial space for some time now. Building its own predictive maintenance platform, similar to that enjoyed by Microsoft, is the perfect way to demonstrate its value and competence. It’s a good business outcome use case for Industry 4.0, and it’s certainly an exciting area using the latest machine learning technologies that Amazon engineers would want to work on.

So it’s encouraging that Amazon seems to have made a success of a challenging, very nuanced situation. The product may not yet be as capable as it could be, but it will evolve. It is, however, fulfilling a growing appetite for predictive maintenance, and its presence is a signal to companies that may have been unsure or reluctant that the market is now mature and validated. After all, Amazon wouldn’t release a product that won’t – or can’t – do what it promises.

Amazon is the first player of its size to make a move into this space with a new home-grown approach, and, for the foreseeable future, it’ll probably be the only one. Other similarly large organizations will be more likely to take a practical approach and work with partners rather than build their own solutions.

Notably, the move represents a massive validation that demand for predictive maintenance exists. To those people asking whether it works – the launch of Amazon Lookout for Equipment should serve as a resounding yes, and we’re delighted to welcome them to this exciting space. 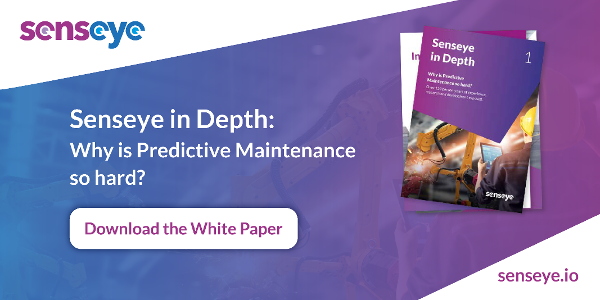